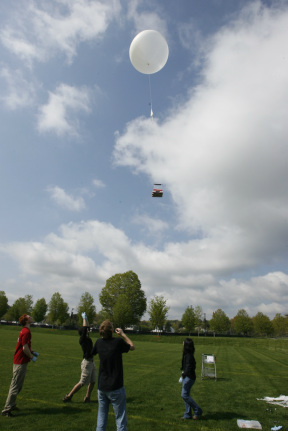 Building on our foundation of electrical knowledge from Modcon Fall 2010, RWM helped develop my skills in measurements and analyzing circuits.  In this class we learned about how things work, from EKGs to Fourier transforms, by going through the process of building the circuitry and writing MATLAB code for our labs.  We also had a large, 6-week group project where we chose the types of measurements we wanted to take and constructed a device to do so.  Many of my peers built interesting devices like EEGs and wall-vibration sensors.  My team conducted a weather balloon test.

RWM Group Project: Journey to the Atmosphere (via a Weather Balloon)

My team decided we were going to measure three things: altitude, temperature, and global position using a GPS.  Using a system designed for first-person video systems (FPV) on hobby airplanes made by RC Logger, we had the options of measuring multiple temperatures and would be able to see the flight path on Google Earth.  Initially we wanted to build our own measuring circuits, however we soon realized that would drive our costs up and would be harder and more time consuming to design something instead of just buying cheap-off-the-shelf (COTS) sensors.  We decided to take data using a Data Acquisition Device (DAQ) that one of our professors, Brad Minch, designed for our class to use.  Together with our sensors from Digikey, we put together a system to compare with the one already available through RC Logger.

Along with our measurements, we also wanted to take pictures of the weather balloon's journey and used two cameras to accomplish that.  The RC Logger camera and Hero headcam were on the side and bottom of the payload, respectively.  One of our best aerial shots is shown below. 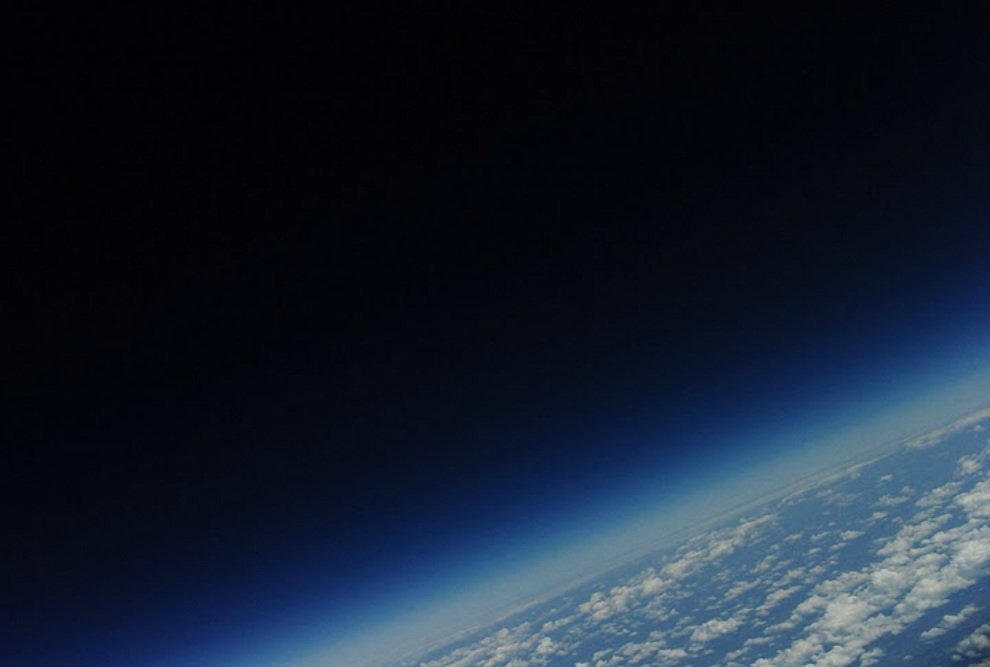